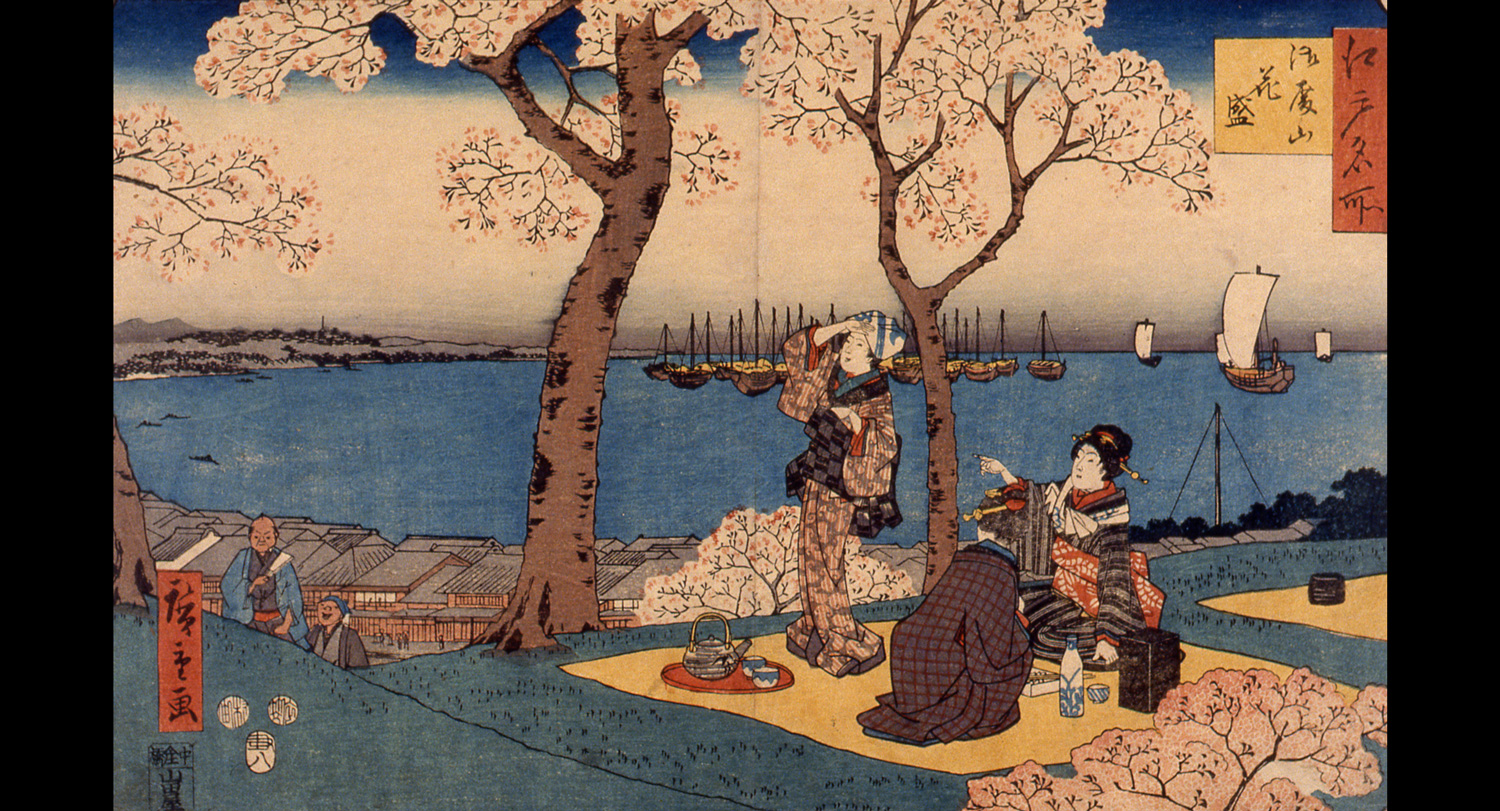 In actuality, there is no town by the name of Gotenyama in present-day Shinagawa Ward. However, the name does live on in modern times and is used at schools, apartment complexes, town churches, as well as in the name of Gotenyama Trust City. So, just what does the “Goten” in the geographical name Gotenyama mean? The answer to that will be apparent once you unravel and take a look at the long history of Shinagawa. 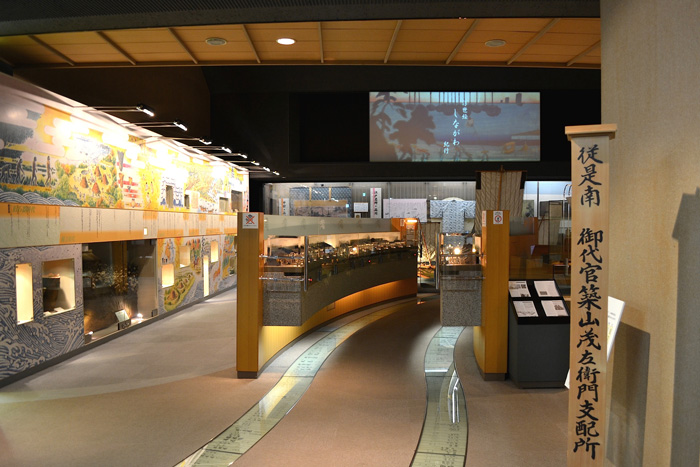 In the area from Kita Shinagawa Station on the Keikyu Main Line to Aomono-Yokocho Station of present-day Shinagawa Ward, there was used to be something called Shinagawa-shuku (Shinagawa Post Station), which was the first of the fifty-three stations of the Tokaido. Shinagawa is not only located at the gateway in and out of Edo, it also flourished as a strategic shipping point since very long ago due to the Shinagawa Harbor located on the Pacific Ocean side of the area. At the time, you’d find rows of inns and eateries that welcomed travelers (with some even providing the company of women); the town was indeed full of life. 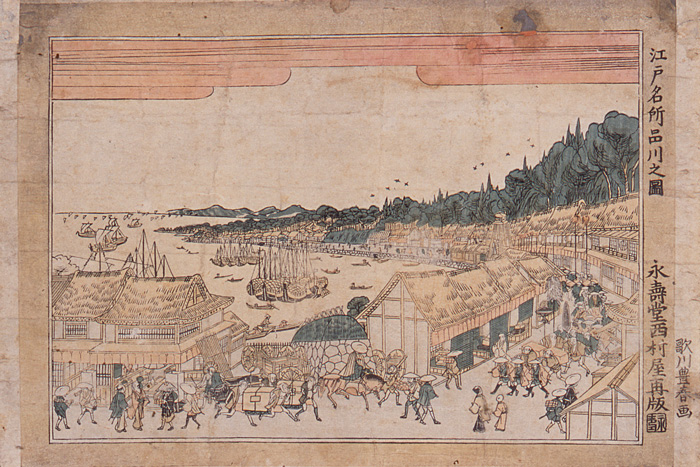 It was in the Edo era that this area became even more prosperous due to the building of a palace for the shogun up on the hillock overlooking Shinagawa-shuku in 1636; the palace was called Shinagawa Goten. Shinagawa Goten was the shogun’s resting place when he’d go hunting with his falcons and was located at the entrance in and out of Edo. Given the great view from the compound, it is thought that the castle also functioned as a defense base. 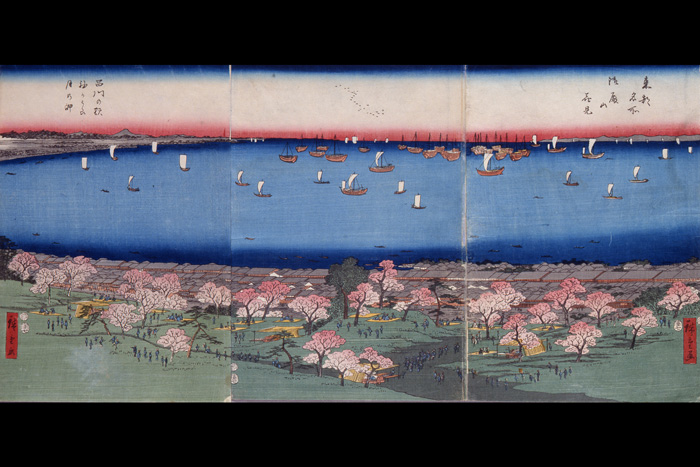 Tokugawa Iemitsu, the third shogun of the Tokugawa dynasty, was someone who particularly visited the castle on a frequent basis. He didn’t just go for the falconry; he’d also hold events like tea parties. That’s why it’s said that the name Gotenyama likely originates from the concept of the mountain (or “yama” in Japanese) upon which the shogun’s Shinagawa Goten sits.

Against the backdrop of its prosperity as a port down during the Muromachi Era, Shinagawa was originally a destination with many temples. In 1639, the Tokai-ji Temple was constructed by Iemitsu for Takuan Osho at the southern base of Gotenyama. The large Buddhist temple, boasting a surface area of over 150,000 square meters, burned to the ground in a fire in 1694 and was rebuilt by Keishoin. In 1702, also the Shinagawa Goten burned to the ground and was never rebuilt. 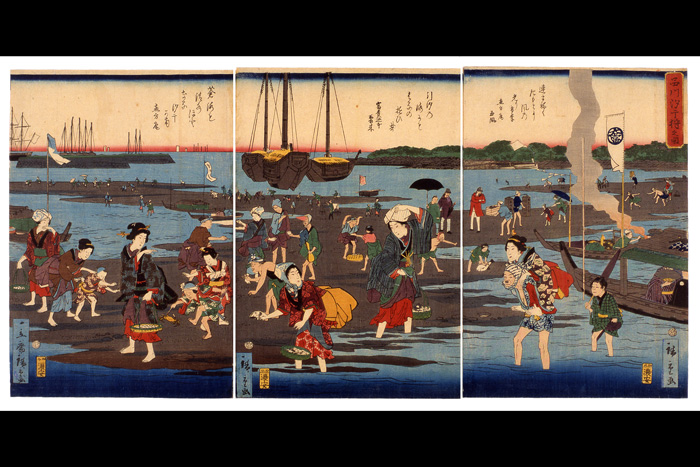 After entering the era of Tokugawa Yoshimune, both Asukayama in Kita Ward and Gotenyama experienced afforestation, and Gotenyama became a place where people went to view the cherry blossoms and to enjoy shell gathering; this made the area popular as a destination for leisure amongst the commoners of Edo, the liveliness of which is portrayed by many ukiyoe artists, including Utagawa Hiroshige and Katsushika Hokusai. 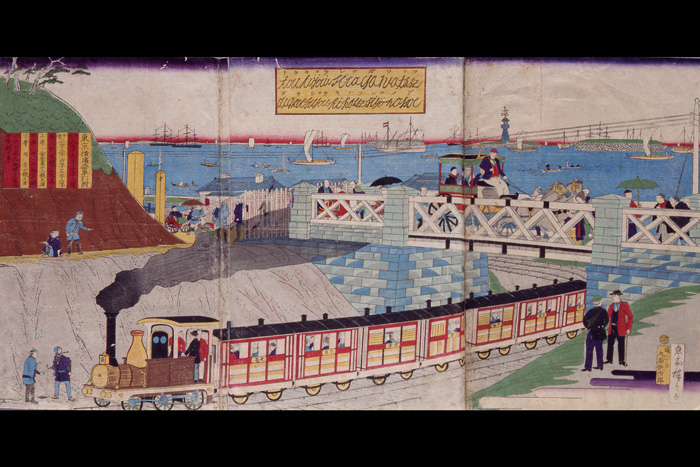 But, as the end of the Edo Period drew near, Gotenyama and Yatsuyama were dismantled and sediment was readied for reclamation in an effort to build a fort called Shinagawa Odaiba, in order to stop the arrival of American delegate Mathew Perry. As such, the landscape of Gotenyama, which was highly renowned for its spectacular beauty and as a destination for leisure, changed completely. A British Embassy was built in 1862 but was set ablaze by anti-foreigner factions, which resulted in the setback of plans to turn Gotenyama into an area where diplomatic offices of foreign countries were to be constructed.

In 1872, a railroad was opened at Shinagawa, which resulted in the separation of Gotenyama into two parts; the east and the west. Flourishing as a port town and loved as a destination for leisure, the Shinagawa and Gotenyama area evolved as a cultural city and was the setting for historical events due to the favorable environment there. This led to various episodes which last into the modern era as well. 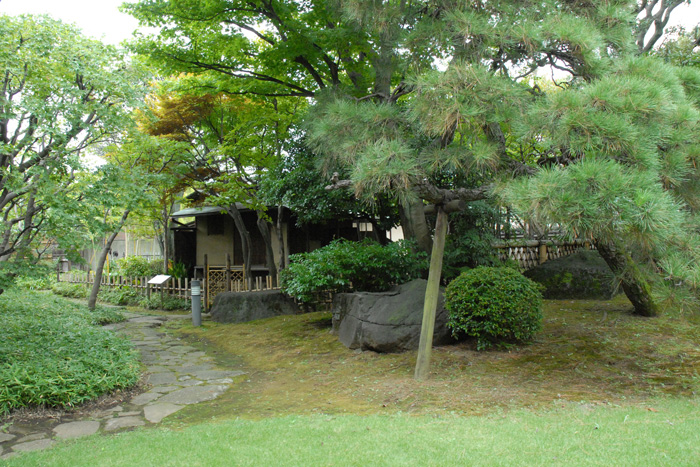 At the Shinagawa Historical Museum, you’ll be able to learn about the history of Shinagawa. At the permanent exhibitions for the Omori Shell Mound and Shinagawa-shuku, you’ll find the history of Shinagawa, from ancient to modern, explained in easy-to-understand terms. There are also Japanese gardens meticulously attended to, as well as shoin rooms which can be used for tea gatherings and the like, making for a fitting place to experience the beauty of Japanese culture.

Learn the local history at the Shinagawa Museum and you’ll start discovering all sorts of things about the area just by walking around; you might find yourself stumbling upon shell gathering grounds from the Edo Period or the final resting place of Takuan Osho. Knowing this town more not only makes a mere stroll or walk about the area more enjoyable, it makes your day-to-day life in Shinagawa more enjoyable as well. 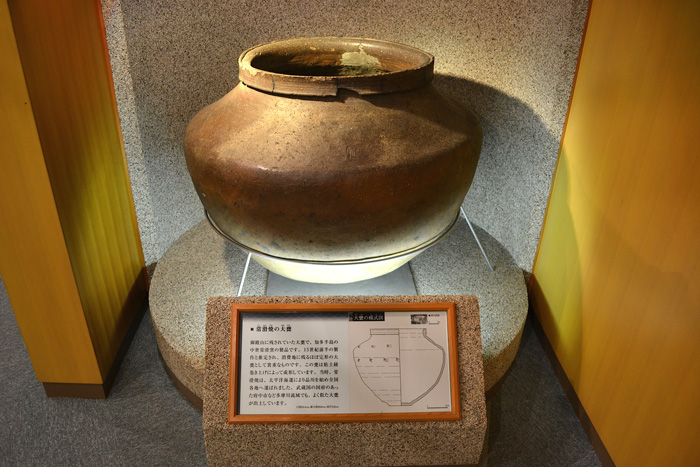 This is a big tokoname-yaki jar from the first half of the 15th century discovered in Gotenyama. It is thought to have been brought to the port town of Shinagawa via ocean transportation. *Owned by the Shinagawa Historical Museum

Name
Shinagawa Historical Museum
Address
6-11-1 oi, Shinagawa-ku, Tokyo
TEL
03-3777-4060
Open
9:00 a.m. to 5:00 p.m.
(No admission accepted after 4:30 p.m.)
Closed
Every Monday(Tuesday when Monday is a national holiday)
National Holidays(except when sunday is a national holiday)
※In addition, temporary closure may take place because of replacement of the exhibition or the fumigation of storage rooms.