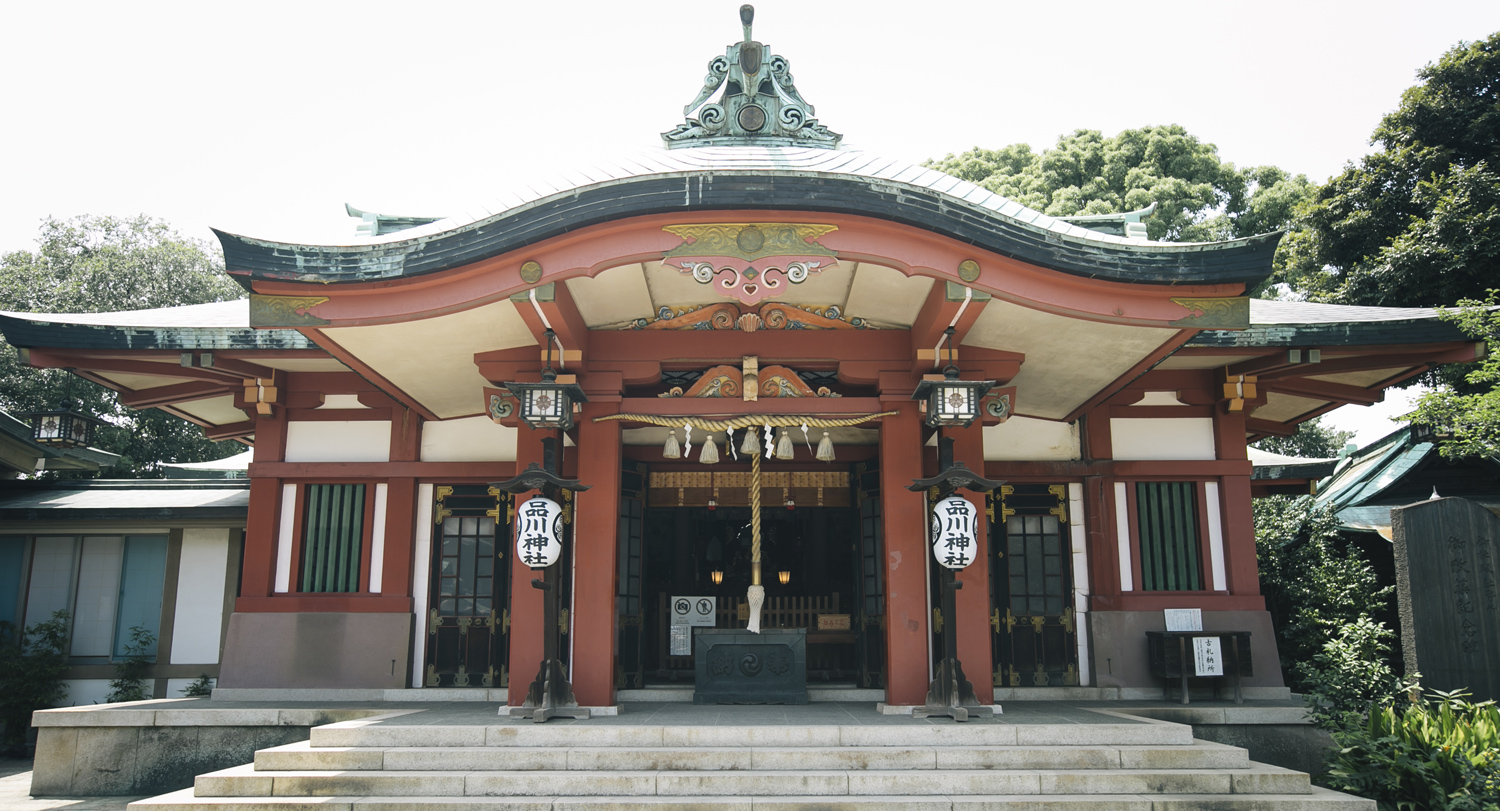 Established at the end of the Heian Era by Minamoto no Yoritomo, Shinagawa Shrine is a historic site where Tokugawa Ieyasu is said to have prayed for victory. Enshrined within the inner shrine is Daitokuten, one of the Seven Deities of Good Fortune in Tokai area. Shinagawa Shrine is also counted as one of the Eight New Scenic Spots of Tokyo. If you watch the movie Shin Godzilla, Shinagawa Shrine appears in the scene where Godzilla lands from Tokyo Bay; people are seen running away from him by climbing up the stone stairs of the shrine (although it appears that the actual filming took place somewhere else). This is just one testament to its popularity as a spot adored by the locals since long ago and one which is garnering the attention of tourists as well. On this occasion, we’ll be showing you ways to enjoy yourself at Shinagawa Shrine. 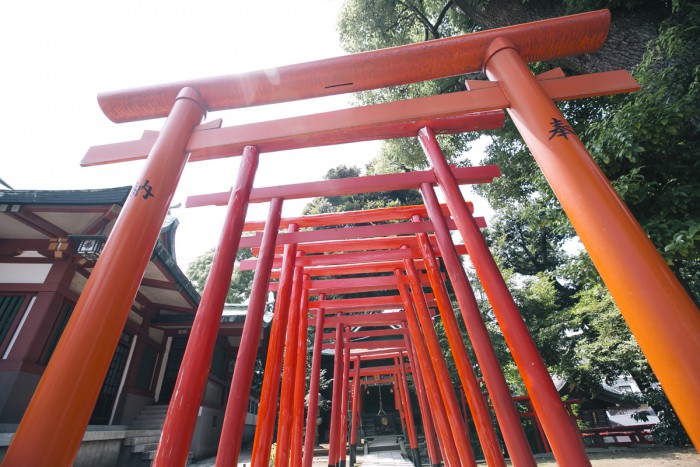 When you make your way to Shinagawa Shrine, you should first make a visit for prayer at the outer shrine. Deities enshrined here include the guardian deity of prayer fulfillment and maritime traffic safety Amenohirinome-no-Mikoto, as well as Ukanome-no-Mikoto and Susanoo-no-Mikoto. And off to the right next to the outer shrine is the Ana Inari Shrine, which is said to present divine favor relating to fortune with money and business. The appearance of the vermilion-colored torii gates you’ll find here lined up one after another is impressive; it makes for the perfect spot to snap a photo. 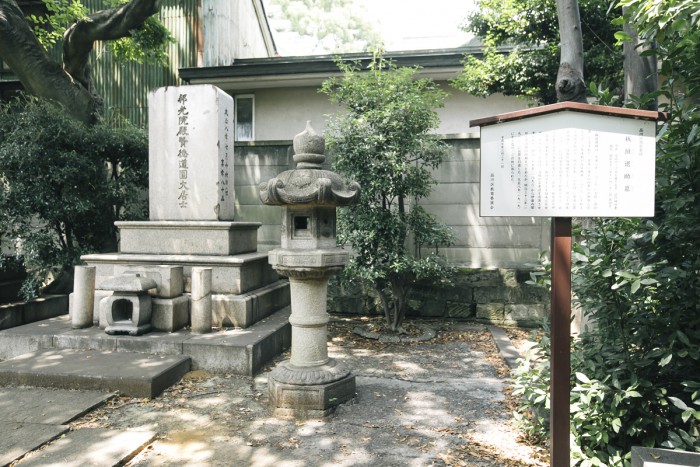 By the same token, if you go around the back of the building from the right side of the outer shrine and follow the passage, you’ll find the grave site of Itagaki Taisuke, who is known as the leader of the Freedom and People’s Rights Movement. Beside his tombstone you’ll find a stone monument inscribed with these words: “Freedom does not die, even if Itagaki does”. While being a secluded space at the edge of the shrine grounds, it appears as though many history fans make visits to the spot given that it’s the burial place of a historic figure. 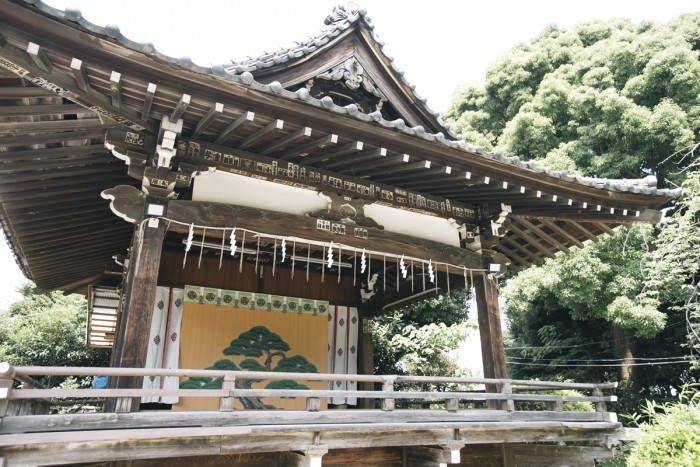 Return to the center of the shrine grounds again and head over to the kagura hall. Here, kagura (sacred Shinto music and dance) ceremonies are presented at the annual festivals of Shinagawa Shrine. Additionally, Daidai- kagura (grand kagura), which is presented at the outer shrine four times per year, is designated as a Tokyo Metropolitan Intangible Folk Cultural Property. The ceremony has been passed down in hereditary succession to the chief priests of Shinagawa Shrine and was presented by Shinto priests up until the first year of the Taisho Era. At the present, the ceremony is being carried on by volunteer shrine parishioners; it is well-known as a kagura ceremony which remains true to its older form and is well worth seeing. 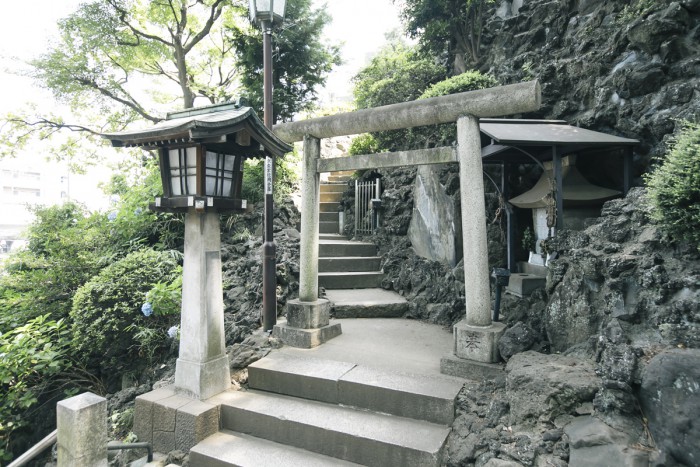 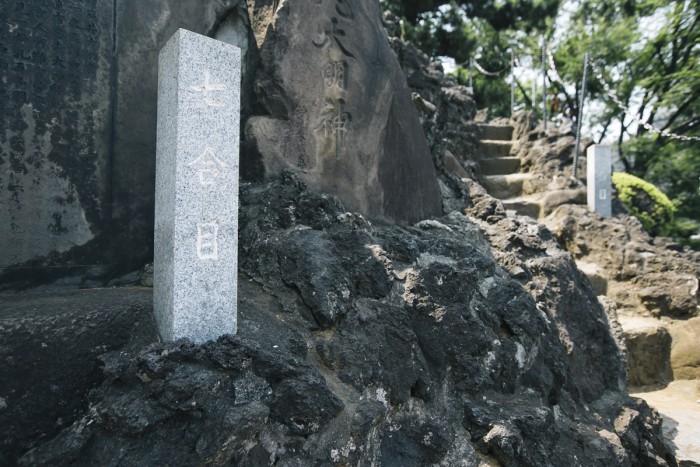 Next, how about taking on the challenge of a Mt. Fuji hike? What we mean when we say Fuji is a destination is referred to as Shinagawa Fuji, which entails a light trek that will have you reaching the top after about 2 minutes of non-stop walking. It is said that long ago this place was built for common folk unable to make it to Mt. Fuji on their own. Climbing the Fujizuka Mound is said to offer the same divine favor one receives when climbing Mt. Fuji itself. From the top of the mound, you’ll overlook an area spanning from Kita-Shinagawa all the way to Odaiba; once you’re there you’ll be wanting to shout out “Yoo-hoo” into the distance. 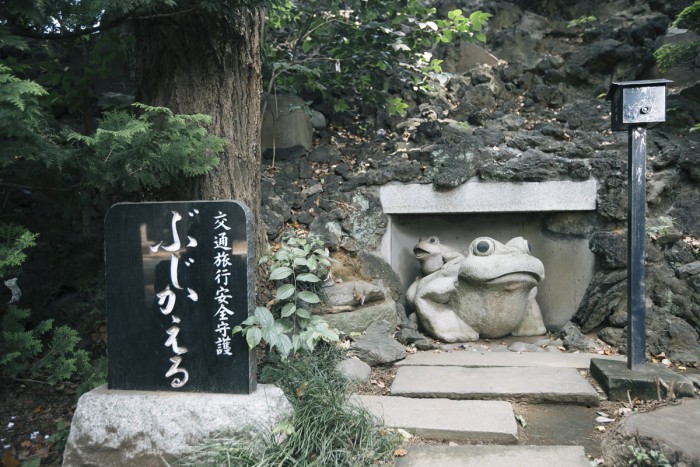 At the foot of the Fujizuka Mound, you’ll find the enshrined stone statue of a frog. The statue is called “Buji Kaeru” (which translates loosely to “make it home safely”), which is a play on the words “Fuji” (Fuji; with “Buji” meaning “without incident”) and “Kaeru” (a Japanese homonym for “frog” and “return home”); in other words, this frog was apparently built as a stone statue serving to offer safety and protection. So you’ll definitely want to make a visit here for prayer before heading out on a trip. 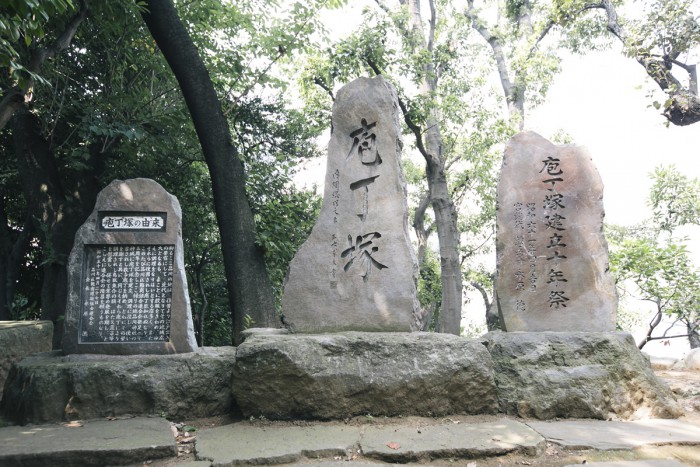 Other things you’ll find within the shrine grounds are the Hocho-zuka, which conceals the prosperity of Shinagawa-juku, a place that most flourished as a post station at the first of the fifty-three post stations of the Tokaido, as well as smaller-scale destinations like the Asama Shrine and the Sarutahiko Shrine. All of this makes for a destination that gently calm the souls of visitors. 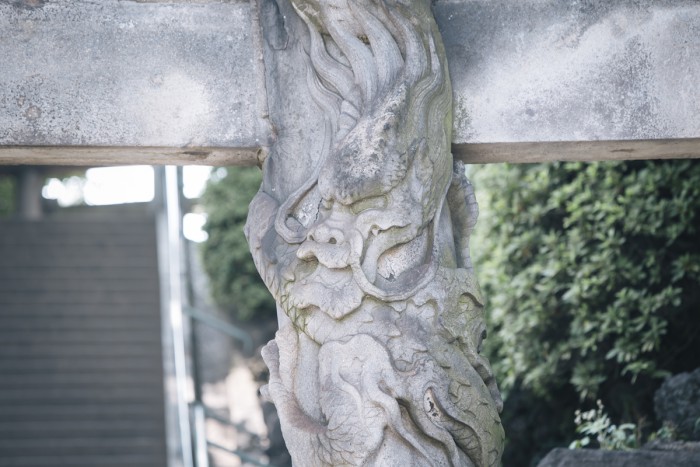 When you wrap up your visit, one thing you should take another look at are the stone stairs and the Soryu torii gate. At the annual festivals held in June, a mikoshi (portable shrine) will make its way up and down these stairs and is the highlight of the festival. The stone-constructed Soryu torii is also sufficiently worth seeing. The Soryu torii gate is a tori gate entangled with a solemn dragon and is said to be one of three found in Tokyo, with one at Shinagawa Shrine, one at Mabashi Inari Shrine in Asagaya, and one at the Inari Shrine found within the Koenji temple grounds in Koenji. 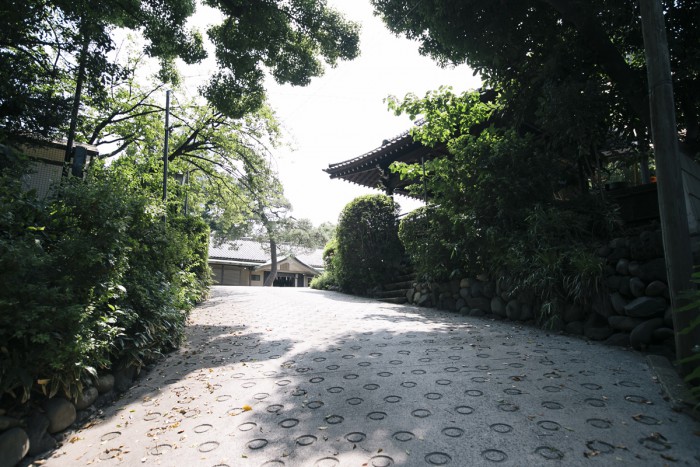 While it’s of course enjoyable to visit when there’s a festival going on that’s bustling with lots of people, Shinagawa Shrine is a place where even if that’s not the case, you will still find a great number of sights to see. By all means, make your way their next weekend.